Israel vs Iran: the movie

A new fight between Iran and Israel is heating up.

Israel, equipped with innovative minds and several years of experience on the battlefield, has been able to produce some of the best weapons the world has ever encountered. But Iran will not go down without a fierce fight and may even have the upper hand, armed with a particularly strong weapon of its own this year.

For both countries, regional dominance is at stake.

But who will win this fight … for the Oscar?

History was made in the Oscar world last week when an Iranian film, Asghar Farhadi’s “A Separation,” and an Israeli film, Joseph Cedar’s “Footnote,” were both nominated for the Academy’s Best Foreign Film. The contest pits these two Middle Eastern archrivals up against each other yet again, but in a different battlefield, one that has transformed this cinematic competition into a politicized race.

Israel and Iran are both vying for international support for their respective and very different security policies. Likewise, in the most unlikely of places – a movie contest – they meet again in a battle to win over the hearts and minds of the Academy of Motion Picture Arts and Sciences (AMPAS). In the international arena, Israel seems to have a large edge over Iran – which has become an international pariah due to its alleged nuclear program – but can Israel outdo Iran in Hollywood?

The last (and first) time an Iranian film was nominated for an Oscar was back in 1998. It is somewhat symbolic then, that Iran is returning to the Oscars precisely this year, a year in which Tehran has become ever-isolated from the international community, and in which an Israeli film also happens to be nominated in the same category. A win for Iran, then, would be a win on multiple fronts — trumping Israel while also triumphing in the face of Western pressure. 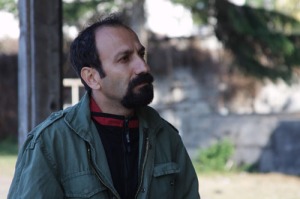 However, in another paradoxical twist to this Oscar race, a win for Farhadi’s “A Separation” could lead to backlash against the Iranian regime. “A Separation” dodges the Iranian censors by never explicitly criticizing the Iranian regime, but the movie nevertheless manages to point out the society’s many flaws, perhaps one of several reasons the film has become the critics’ favorite this year. “A Separation” follows a couple whose request for divorce is denied, forcing them to decide whether to leave Iran so that their child can have a better life, or to stay in the country to look after a sick parent. One of the main actors of “A Separation,” Peyman Moadi, described the central dilemma, saying, “The way [my wife in the movie] thinks is very difficult for my character to understand. She believes that there is something wrong with our country, and we should leave for the sake of our daughter’s future. But I believe that if there is something wrong, then we should stay and fix it. There are a lot of people in Iran who agree with her, and a lot of others who think like me.” As praise for “A Separation” has grown worldwide, the regime in Tehran has had to confront a dilemma: How can it support a film that critiques – even if only subtly – the way justice and religion are dealt with in contemporary Iranian society, the very society which the regime seeks to uphold?

Farhadi himself has admitted that Iranian critics condemned the film because of the praise it received in other countries, and that they even fought over whether it should represent the country at the Oscars. “Some even said we (Iran) should boycott the Oscars,” Farhadi said in an interview. He hinted that recognition of the film – especially from a Western institution such as AMPAS – will be a source of pride for Iran, but could also bring him more scrutiny at home. “When the train stops, no one throws stones at it; but when it starts moving, that’s the time when people throw stones,” he said.

For Israelis, a win at the Oscars this year will also likely carry a greater meaning. Not only would Israel finally be able to break its long-time losing streak at the Academy Awards, it would also score a win against Iran.

However, should the Israeli film lose the Oscar, and especially to Iran, it will be a far more stinging defeat. First, it would mark the tenth time an Israeli film has lost at the Academy Awards. Second, if the Academy chooses to reward the Iranian film, Israelis may very well see this as undeserved recognition for a country which has jailed and persecuted filmmakers, in an almost antithesis to Israel, which has encouraged filmmakers and whose film industry has flourished in recent years.

In the last five years alone, four Israeli movies have been nominated for Oscars, including some that did not always portray Israel in the best light. 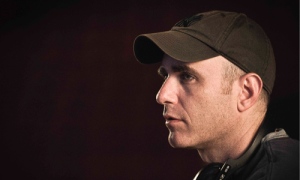 But if the Academy does decide to give the Oscar this year to Cedar’s “Footnote,” this will be a surprising move not only because the film is considered to be the underdog vis-a-vis “A Separation,” but also because it is devoid of any political undertones, something which has been a common thread in most of the other Oscar-nominated Israeli films. “Footnote” centers on a rivalry between two Talmudic scholars who also happen to be father and son. The theme seems uncharacteristic for a country whose artistic output, especially in the movie industry, has largely been affected and fueled by Israel’s long-running conflict with the Arab world and by tensions between Arabs and Jews. Perhaps, however, “Footnote,” being apolitical, is precisely the type of Israeli movie the Academy would be comfortable rewarding.

It is no surprise that, given the similarities between Iran and Israel in their pursuit of the Oscar this year, Cedar commented, after chatting with Farhadi, that “There are more than a few things common to our situations,” adding that there was even “something poetic” in the fact that Israeli and Iranian films were nominated this year.

But if we here in Israel are not satisfied with that positive outlook, we could always do what “Footnote” star Shlomo Bar Aba said, in jest, after praising the Iranian competition: “If we want to beat them, we should bomb them first.”

« Cyber vigilantism – deterrent or provocation?
Six things to watch on Iran before a possible Israeli hit »